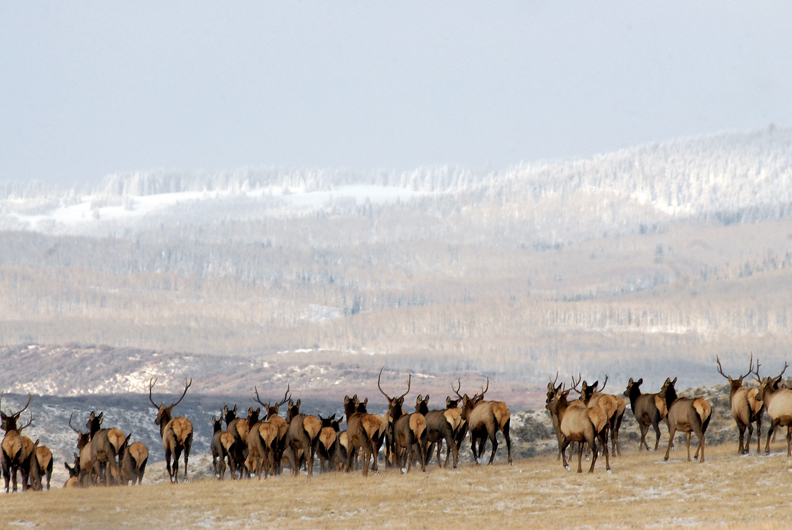 With four seasons of elk and deer hunting gone, the largest draw for hunting in Moffat County has passed.

Unfortunately, due to mostly warm weather conditions throughout October and November, those seasons did not yield fruitful harvests for many hunters.

Colorado Parks and Wildlife collects information from the ground by talking to hunters after they return, and after slightly below average estimates on elk hunting through two seasons the numbers did not improve.

Bill de Vergie, Area Wildlife Manager for Area 6 (which encompasses Moffat and Rio Blanco counties, as well as parts of Routt and Grand counties) said a couple cold, snowy days were not enough.

“The third and fourth seasons, they were noticeably below average,” de Vergie said. “And again, because it’s been hot and dry.”

The weather has not been what was needed or typically experienced during seasons three and four, which meant elk did not migrate the way they normally do, de Vergie said.

“In units further out west where we normally see those migrations, first with weather then with the hunting pressure during our third and fourth seasons, that’s normally where we get our harvest,” he said. “Unites 3 and 301 north of Craig and 211 and 11 south of Craig, that’s where we see most of that third and fourth season harvest. It just didn’t happen this year because those elk haven’t moved west of highway 13.”

“The little snow helped in the migration but we still need more for more of the elk to come down,” Stehle said. “We had about 50 percent success, which was better than it had been.”

Still, 50 percent is not up to snuff. Stehle said an average year would yield numbers more like 80-90 percent success.

For other local outfitters that hunt in the high country as well, the weather has not been as big an issue. Chris Jurney of Chris Jurney Outfitters has seen plenty of elk throughout the hunting season.

“For us and a lot of different outfitters and landowners, we’re fairly successful regardless because we have good places to go,” Jurney said. “We’re not as effected by overall numbers and weather like a lot of the public hunters.”

“It comes down to certain dynamics, where certain places are better than others,” he said. “In a year like this, it’s going to be tougher for the public because the animals don’t move the same way. You put all that together and it makes for a lot of discouraged people.”

De Vergie was not discouraged by the low success rates, because CPW has been working on getting the elk population down over the past decade and it was at the lower end of the desired range this year. He did, however, acknowledge it probably left many hunters unhappy.

“Obviously from a sportsman’s perspective, they want to take an elk home,” he said. “But, unless we just have a horrible winter, we’re going to see a rebound in elk population and that means there will be more opportunities for those people next year.”