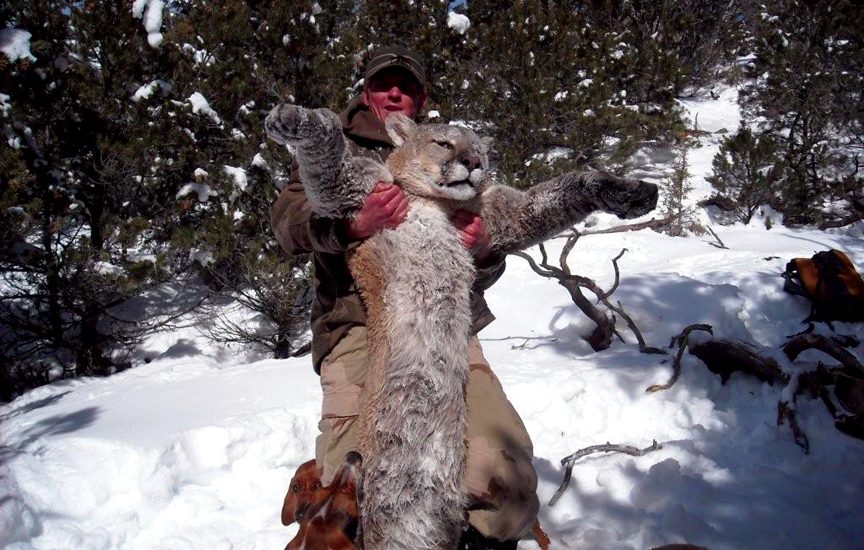 Local hunter Rick Sanny, who in 2006 moved to Steamboat Springs from Fremont, Neb.,“in pursuit of big game,” had a heck of a hunting year.

The property manager for Old West Management bagged a bear, mountain lion and elk last season, two of which garnered state honors. “Last year was amazing,” says Sanny, also a ranch manager at Coal View Ghost Ranch. “Two of my three animals made it into the record book. Hard work, scouting and persistence paid off.”

Sanny started bowhunting after drawing his first rifle deer tag at 14. He took his Boone and Crockett cat the week of Feb. 24 to 28 near State Bridge, harvested his bear on Ghost Ranch west of Steamboat on Sept. 5 and bagged his elk on the same ranch the last day of bow season Sept. 26.

The following are accounts of his hunts.

Bear necessities: A record bear with a bow

“After passing on many respectfully sized bears the past few years, this time I wasn’t going to wait around for the monster I’d seen in years past.

“I had trail cams over different wallows, hoping to catch a large bear working an area. While elk hunting, I checked it. After downloading the pics, I realized that a very large bear was working the wallow. With just a day before the bear opener, I knew it was in the area somewhere.

“On opening morning, I got out on the wallow bright and early. There weren’t any bear, just lots of elk. After two days sitting the wallow, I considered changing spots. But then, with the last hour of light and tons of elk around, I heard something crashing down the ridge in front of me.

“Figuring it was another elk, I then heard a loud grunting noise before it stepped out. I knew instantly that it was the same bear that had been working the wallows.

“I saw him come out of the bush and found myself staring him in the eyes at 22 yards.

“As he continued to the water, I pulled back my bow and executed the shot. I harvested this bear at Ghost Ranch just outside of Steamboat Springs, and it will be on display at the Ghost Ranch Saloon.”

Catching a Boone and Crockett cat

“My good buddy Nick Hotchkiss and I were hard on the trail that winter with our dog, Ruby the Red, catching and releasing nine cats that year already. We were out there for the pure joy of the outdoors and just to take pictures of the cats.

“But after catching this one, we realized we had quite a cat and decided one of us had to take it. Since we didn’t set out to harvest a cat that day, neither of us had our bow — just my .357 pistol. So we used that to harvest it, while Ruby gets the credit for catching it.”

“I got my elk on the last day of the season last year. I had passed on 26 bulls with perfect shots already but was holding out for a big six-by-six. I got on this big boy a couple days prior, but had no shot when I called him in to within seven yards of me. He was staring right at me.

“So the last day of the season I decided to sit in one of my wallows as the season was expiring. I had bulls bugling their way straight to another wallow. I couldn’t believe I was going to have a slow last night of the season.

“I threw an array of calls at three bulls that they wouldn’t be able to resist. Sure enough, instantly the herd bull turned his cows straight toward me and basically ran right into the wallow where I was sitting.

“The bull thrashed around the wallow for a while before laying down 15 yards in front of me, raking his rack in the mud. That’s when I harvested it in the last hour of the season.”