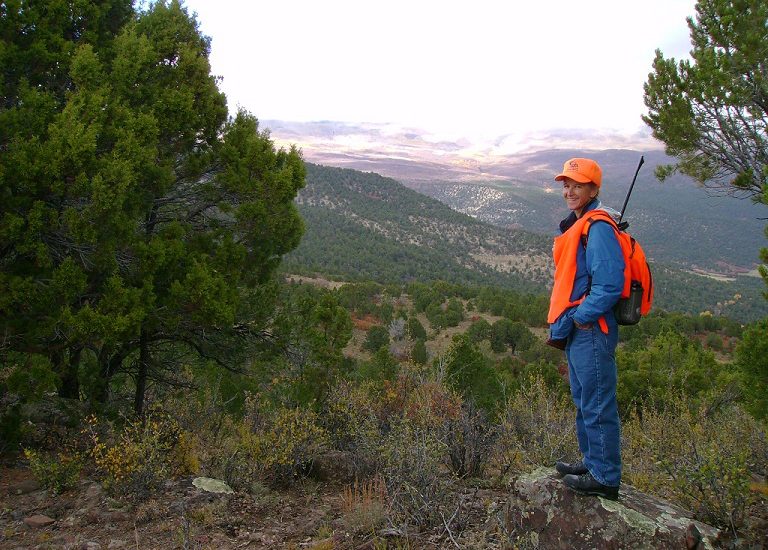 I am 72 years old and have been hunting since I was 12 living in the hills of Kentucky. I have taken my share of elk, deer, antelope and bear over the years but this hunt is not about me.

If you have a daughter or son that has never hunted,you can relate to how I felt when I received a call from my daughter one day stating that she was going to get her hunter safety card. I was surprised as she had never shown any interest in the past for hunting.

Later, I received a call from her saying she had her card. She said it was now time to go hunting with you, Dad. I was pumped; now I had a family member to go with me for a sport I always looked forward to every year.

She put in for her deer license and after a couple of years collecting points, she drew a buck tag in the area I live. I began to make contacts to find a good place for her to fill her first tag. After contacting several ranch owners, I obtained permission for her to hunt a ranch not too far from home. I knew the area well, which made it easier for us to prepare.

She arrived the day before the season opened and we went to the shooting range to sight in her rifle. After a good breakfast the next morning we took off for the ranch, arriving before daylight. I took her to a canyon that I knew usually held bucks and we settled down behind some trees to wait for the action.

We didn't have to wait long before several bucks came out, one a particularly nice four point. She leveled down on it with her rifle and I waited and waited and waited with no shot. Finally I whispered, “Aren't you going to shoot?”

“Nope, I don’t think so,” she replied, putting down her rifle.

I smiled as we walked out of the woods that morning thinking this was one of my best hunts ever – being with your daughter and enjoying the thrill of the chase. You don't always have to have the kill to have a great experience.

I never asked her why she didn’t shoot, that is something personal to her. But she does have a cow elk tag for this year in Unit 61.