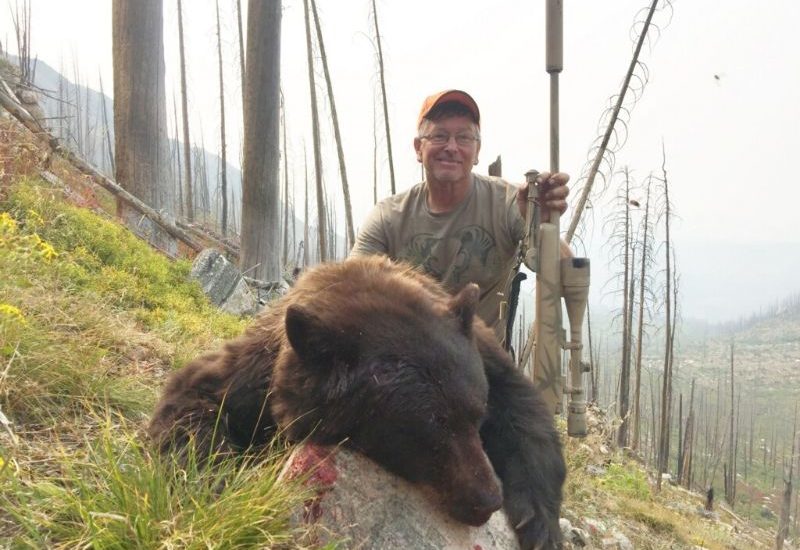 Take your meat after your kill.

That’s the take-home from a court decision recently handed down to a South Dakota man who was convicted in 2018 of killing and wasting a black bear in Routt County: He has lost his hunting and fishing privileges for 12 years.

Robert Stalley, 58, of Pierre, South Dakota, pleaded guilty in July 2018 in Routt County court to three misdemeanors, including failing to care for the edible portions of the bear, illegal take and illegal possession of the bear. He was ordered to pay a $3,415 fine, serve one year of unsupervised probation and forfeit his rifle.

In an agreement with prosecutors, Stalley also received a one-year deferred sentence on a felony charge for the intentional take and abandonment of wildlife. Additionally, Stalley’s hunting and fishing privileges were suspended on June 25 for 12 years due to behavior that CPW officials tried “to evade and mislead CPW investigators.”

Stalley, the report says, was said to have presented a bag filled with the meat of a legally taken deer during the required inspection of the bear’s hide, likely in an attempt to deceive the CPW inspector.

“During my interview with Mr. Stalley at his South Dakota home, he stated that he did take bear meat from the back straps and hindquarters and that he ate some and gave some away; however, our investigation proved otherwise,” says wildlife officer Jack Taylor of Steamboat Springs. “In addition, Mr. Stalley took deer meat from the same location that the bear was harvested but chose to leave all of the bear meat behind, removing only the head and hide.”

Taylor says he learned about the bear’s carcass, which was found in the Zirkel Wilderness Area in Routt National Forest near Forest Service Road 433, after receiving a tip from an anonymous source through CPW’s wildlife tip line.

Hunters in Colorado are required by law to prepare all harvested big game for human consumption. The removal of hides, antlers, heads and abandoning the animal’s meat can bring up to Class 5 felony charges against anyone suspected of the crime.

“It gives us great satisfaction that we have put another poacher out of business, but it’s likely we could not have done it without the help of the hunters that brought it to our attention,” Taylor says. “It’s a good thing that most hunters are ethical and conscientious.”