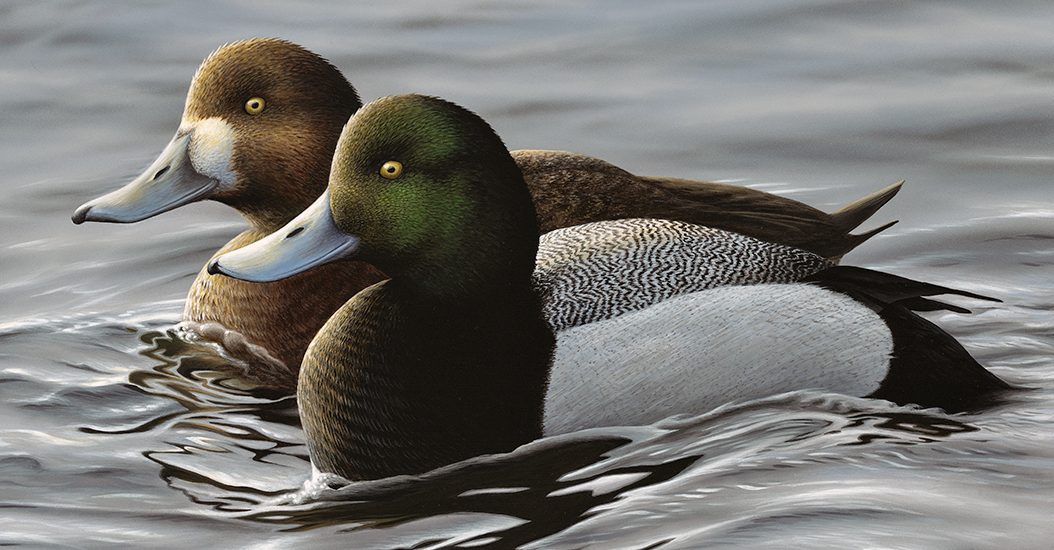 And for this year’s winner, waterfowl stamps are much more than just art.

Charles Black grew up hunting and fishing in Minnesota and Wisconsin and majored in wildlife biology at the University of North Dakota before landing a series of jobs restoring wetland and wildlife habitat.

Black’s career has shown him the power of waterfowl stamp funds, but it is his burgeoning career as a wildlife artist where he hopes to share the lessons he learned while growing up.

“More than anything, I realize now that I’ve had such great teachers who showed me that hunting and fishing, as fun as it was, also came with great responsibility,” Black said in a Parks and Wildlife news release. “I learned to love and respect the animals we chased and the land they lived on.”

Black’s winning entry, titled “A Break in the Clouds,” features two greater scaup on a Colorado lake on a cloudy day with a sliver of early morning light illuminating the ducks.

With his victory, Black won $3,500 and his artwork will be featured on the 2013 Colorado waterfowl stamp.

Black also ends the three-year reign of Delaware-based artist Richard Clifton, who has taken first place in the Colorado waterfowl stamp competition each year since 2010.

Clifton’s entry placed second this year and received $1,000. The third-place entry was painted by Dale Pousson, of Louisiana, and awarded $500.

The Colorado waterfowl stamp program was implemented in 1990 and provides funding to preserve wetlands for waterfowl and other wetland-dependent wildlife. Hunters ages 16 and older are required to purchase a $5 waterfowl stamp before hunting. Gum-backed stamps will be available for an additional $2.50, and collector prints will be available for purchase later this month through the Colorado Wildlife Heritage Foundation.

The species for Parks and Wildlife 2014 Colorado waterfowl stamp contest already has been chosen. The organization has decided on a smaller subspecies of the Canada goose. More details will be released this summer.