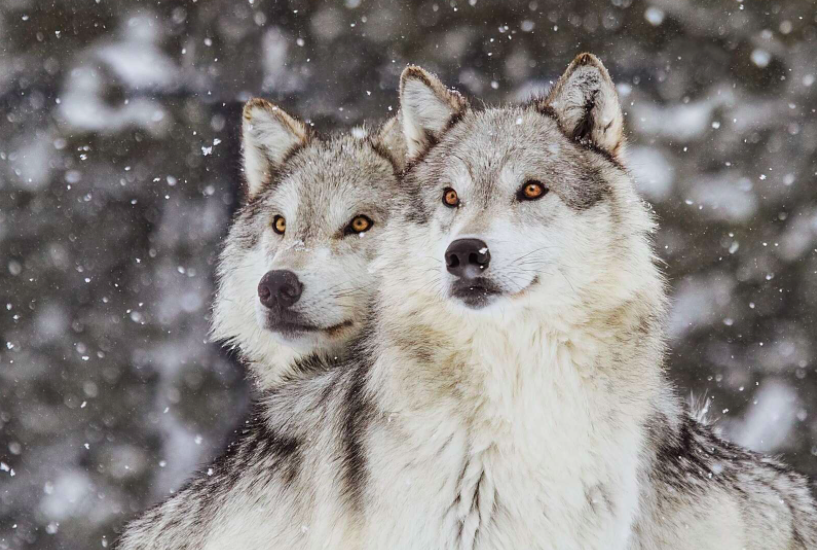 Colorado Parks and Wildlife held its first information session last week about wolf reintroduction on the Western Slope, which will happen by the end of 2023.

Wolves have been naturally migrating into the United States for decades. They were first seen in Montana in 1979 and then were introduced in Yellowstone National Park in Wyoming and Idaho in 1995.

There are now about 2,400 wolves in the Western U.S. in addition to tens of thousands more in Canada. Wolves were first seen in Colorado in 2004 and have also shown up in Washington, Oregon and California. It is estimated there are less than 10 wolves in Colorado currently.

This was the first of three informational sessions put on by CPW, with future sessions focusing more specifically on where and how the wolves will be reintroduced and how to deal with conflict with livestock.

Diane Boyd is a retired biologist that has been called the “Jane Goodall of wolves” because she has been collaring and studying them her entire career, mostly in Montana. When it comes to managing wolves, Boyd says people should expect the unexpected.

“You have to be flexible; if you think wolves are going to stay on the western side of the state, they are going to show up 300 miles out on the prairies on the eastern side. It is going to happen,” Boyd said

They have seen this in Montana near the North Dakota border, Boyd said, but the wolves that do migrate where there isn’t suitable habitat do not survive. In forested areas, particularly large private ranches and federal and state forestland, they do much better.

Collaboration will be paramount while reintroducing wolves, she said, because there are so many different groups involved, and being in conflict with them will hinder successful reintroduction.

“It involves people sitting at the table who normally don’t talk to each other — they are normally at fisticuffs over issues. Drop that. You have to get together and talk, because you are going to have to work together to create a wolf program that is going to work,” Boyd said.

A particularly likely place for this conflict to arise is when wolves kill livestock.

In Montana, the livestock loss board pays between $65,000 and $85,000 a year in compensation for animals killed by wolves. They also have a state law requiring biologist to collar any wolves that will come in contact with livestock, though this is impossible to do completely, Boyd said.

To survive, wolves need three things, Boyd said: wild ungulates or hoofed mammals like elk, a large undeveloped landscape to den and freedom from persecution. This could mean in wilderness in parks and public lands in Colorado, Boyd said, but it could also mean on ranches or even in larger subdivisions. She said she has seen a pack of wolves live in a gated community where there were no predators and an abundance of deer.

The effect wolf reintroduction will have on elk populations in Colorado is another concern, particularly of hunters. Jon Horne, a senior research biologist with Idaho Fish and Game, was the lead on an elk survival study looking at how this has played out in Idaho.

Since wolves were reintroduced there, the annual elk harvest has remained relatively stable, Horne said. Still, different places have seen different outcomes. When looking at the various elk management zones in the state before and after wolves were introduced, there are less of the zones with the desired size of elk population after reintroduction. There are also more zones where elk are either over- or under-populated.

Horne and others in Idaho found that the size of the calf elk at birth had the greatest effect on whether it would live. Still, the size of wolf packs in the area and how deep snow was in its first winter were significant factors as well.

Wolves and mountain lions were the main predators of elk, but wolves seemed to prefer to take smaller calves and older cows, where mountain lions killed all size elk relatively equally. Other studies show mountain lions have more effect on elk populations than wolves.

A significant part of the elk study required Horne to estimate the size of wolf packs in Idaho. Since they started the study in 2005, pack sizes have fluctuated a bit but have remained relatively stable at around six wolves. This has been true despite wolves now being hunted in the state.

Still, Colorado is decades behind these states and likely far from discussing having a season to hunt wolves.