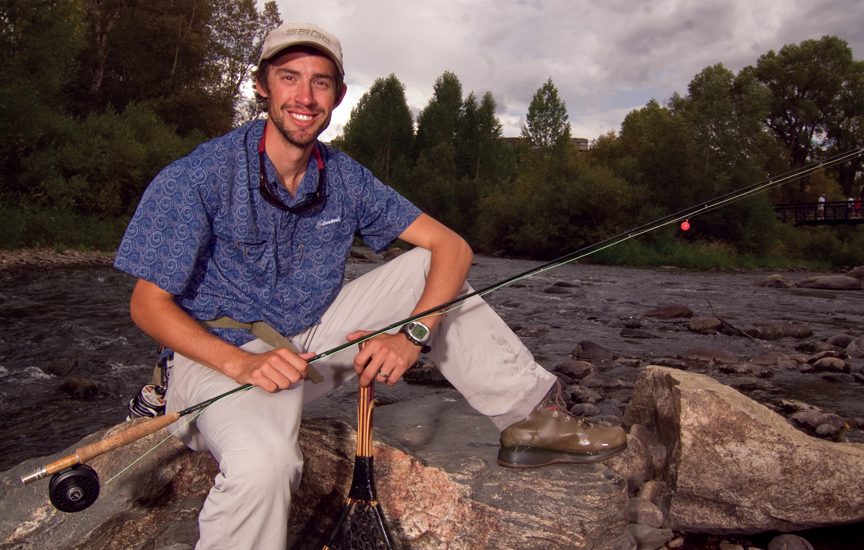 While Northwest Colorado is home to trophy elk and deer, it’s also home to hunters who brought home trophies from the 2010 Vancouver Olympics.

Nordic combined skiers with ties to Steamboat Springs brought home seven silver medals from last year’s Games — enough to hang from every point of a Routt or Moffat county bull. And come hunting and fishing season, two of them — Todd Lodwick and Johnny Spillane — take a break from hunting world titles to set their sights on bow-hunting big game.

Spillane, who brought home three silver medals, and Lodwick, who brought Routt County another, might share Olympic medals, but they also share billing as outdoorsmen. And they’d just as soon be tracking big game as stepping into their ski bindings.

“Archery season is what I live for, and the month of September is it,” says Spillane, who also guides fishing trips locally in the summer. “There’s adrenaline in it, but it’s really about getting deep into the woods.”

Spillane and Lodwick grew up fishing and hunting in Northwest Colorado. While training for the Olympics — Lodwick has competed in a record-tying five and Spillane three — cuts into their time spent bugling elk, they return to the woods as avid bow hunters every chance they get.

During a 24-hour hunt last year in New Mexico, Lodwick harvested a 343-inch bull elk and an 18.5-inch, 400-pound black bear, both record book animals. He’s so accomplished that he’s on the pro staff of camouflage clothing manufacturer Mossy Oak, which explains the camou-colored Uvex ski jumping helmet he wore at the 2009 World Championships.

It’s easy for him to draw an analogy between Nordic combined skiing and bow hunting.

“Competing last year was a lot like a hunt,” says Lodwick, who once packed out an elk on his mountain bike. “You start out to conquer something and then it all comes together. It was like a 14-year stalk.”

Like studying his opponents in a Nordic event, Lodwick, who says he has only missed filling his tag once, takes a cerebral approach to his hunts. “I understand the animals,” he says. “I want to out-smart them and figure out what their next move is. I’ve touched a cow (elk) on the nose with the tip of my broadhead.”

If it’s not fishing for trophy trout, the highlight of Spillane’s year comes every autumn when he, too, picks up his bow. His favorite trips involve joining his younger brother Sam deep in the Mount Zirkel Wilderness Area.

“I can tell hunting stories all day long, but it’s not about the hunt,” says Spillane, who’s known for tying flies in hotel rooms while on the World Cup circuit. “It’s about enjoying the outdoors with friends and family.”

Spillane started hunting with a rifle at age 10, “the first year you can legally get your license.”

He took up archery at age 17, and has been at it every year since. “I love the added challenge of it,” he says. “Plus, there are fewer hunters and the ones that are out there you don’t see.”

While he says he usually fills his tags, he admits to “going through a cold streak a couple of years ago.” But, in 2007 he also got his biggest bull, a 302-inch five-point deep in the Zirkel Wilderness Area. “It was actually a bit of a nightmare getting it out,” he says, adding that he got help from his brother Sam and fellow Nordic combined teammate Bill Demong.

He says his favorite time of the year is September, when the leaves have turned, the temperatures have dropped, and the bulls are bugling. “That’s when it’s time to get into the backcountry,” he says. “When my brother and I finally get into our area, it feels like home. We’ve experienced every kind of weather and challenge the Rockies can muster and we relish the opportunity to get out every year.”

Even his coaches respect his passion, knowing that traipsing around the mountains is good cross-training, mentally and physically. “Our coaches don’t mind,” he says. “We’re pretty active in our hunts. We do a lot of hiking and it’s not uncommon for us to be out running around for eight hours a day. And I kind of plan that into my training every year. It’s good cross-training, keeps you fresh and gives you a mental break before the final Nordic push of the season.”

When asked to compare competing on the Nordic circuit with bow-hunting for elk, he admits the adrenaline rush is the same. “They’re definitely both a thrill,” says Spillane, who, after the Olympics, starred in a VISA commercial, had his picture taken with Wayne Gretzky and turned down free tickets to the Oscars. “When you have a big bull charging right at you, it definitely gets your heart pumping like in the middle of a race.”

Still, as with competing in the Olympics, it’s all about the experience. “Sharing time outdoors with the special people in my life will always be my favorite part of hunting,” he says.

So while you might spot Lodwick and Spillane stalking medals again at the next Winter Olympics in Sochi, Russia, you can bet your best bow that you’ll also find them stalking elk each year in the mountains surrounding their home — looking for that trophy rack that can accommodate even more Olympic medals.