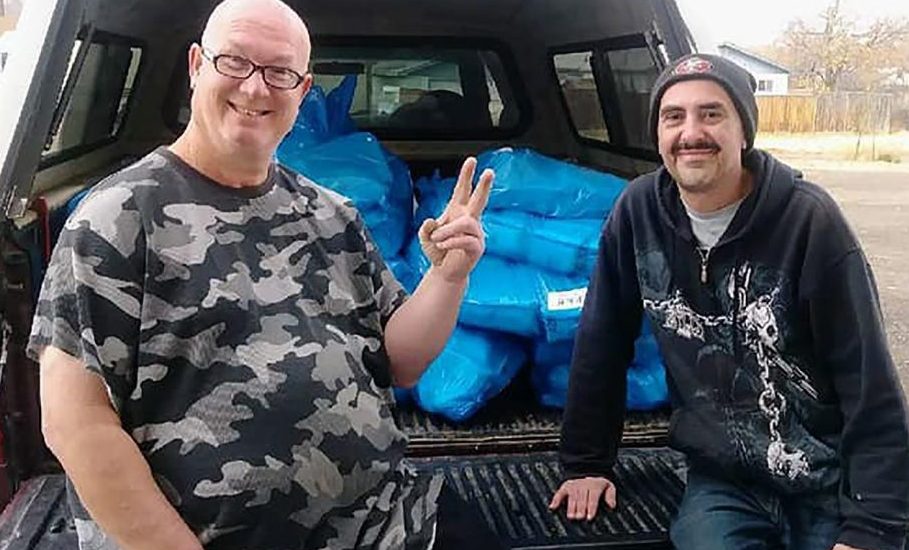 Thanks to a fairly new Grand Junction charitable program, hunters have the opportunity to enjoy not only the thrill of the hunt but also the good feeling of contributing their game meat to a good cause.

Local hunter Brandon Siegfried and his friend, Grand Junction City Council member Kraig Andrews, started the Grand Junction chapter of Farmers and Hunters Feeding the Hungry in 2018. That first year the organization collected about 350 pounds of big game donations. The following year it received about 1,100 pounds of donated meat, or well over 4,000 servings. It is looking to continue to expand the amount of meat it collects this hunting season so it can further supply its recipient, Catholic Outreach, which works locally to feed the hungry.Siegfried sees the meat-donation program as a way to help out the community and advocate for hunters at the same time.“Hunters are often left out of discussions when defining Colorado recreation and that is unfortunate. We want to show everyone that hunters care not only about conservation but about their local community and its needs,” he said.When Siegfried became interested in creating such a program locally he learned of the organization Farmers and Hunters Feeding the Hungry, or FHFH, and decided it would be helpful to link with a national entity. FHFH is a Christian-based organization founded in 1997, and works to enable hunters and farmers to provide meat to feed the hungry in their communities.Siegfried is interested in eventually working with some local beef producers as another source of meat donations.“That would be a great partnership,” he said.But initially the focus has been working with hunters. Key to the local chapter’s efforts has been teaming up with Orchard Mesa Market, which processes hunter meat donations at a discount when whole animals are donated.“Without those guys, this doesn’t happen,” Siegfried said of Orchard Mesa Market.Mike Sharski, meat manager at Orchard Mesa, said the local FHFH program seemed like it was for a good cause.“So we hopped right on it,” he said.He added, “We had plenty of customers before we started doing this who wanted us to donate their animals because they just wanted to go hunting.”Siegfried said hunters who donate their meat for the program also agree to contribute to the cost of its processing, even at the discounted amount that is a result of the efforts of the local FHFH chapter and Orchard Mesa Market to reduce that cost. While the discount doesn’t apply where less than a full animal is donated, every donation of more than 20 pounds makes the donor eligible for a $500 gift card drawing at Sportsman’s Warehouse.Said Siegfried, “My sons are always excited to give a portion of their harvest back to the community and they also get excited about the drawing at the end of the hunting season.”This year, the local FHFH got a $2,000 COVID-19 grant from the national organization and used it to buy 500 pounds of discounted beef and pork from Orchard Mesa Market for distribution to Catholic Outreach.“This is a one-time event but it’s still exciting that FHFH provided this opportunity,” Siegfried said. Angela Walsh, director of Catholic Outreach’s soup kitchen, praises the work Siegfried has done starting the program and growing it so quickly, including through getting the grant money this year.“The first year when he first approached us we had like no meat in the freezer and he saved the day that year for sure,” she said.The soup kitchen got enough donated game meat from the last hunting season that it lasted until around the start of July.Walsh said the game meat donations through FHFH can make a big difference.“There’s some times that our meat supply gets so depleted we’re scrambling for eggs or any kind of protein,” she said.FHFH doesn’t allow for the donation of certain game meats, such as wild pig and bear meat. Locally, donated meat typically consists of deer and elk, with occasional pronghorn and moose.Visit the Grand Junction FHFH chapter’s Facebook page, and you can find pictures of Catholic Outreach workers using the donated meat to cook up everything from pronghorn chili to venison stew to elk meat sloppy Joes.Any hunters interested in donating meat to the program are encouraged to visit its Facebook page to find out more. It’s at https://www.facebook.com/fhfh2018/