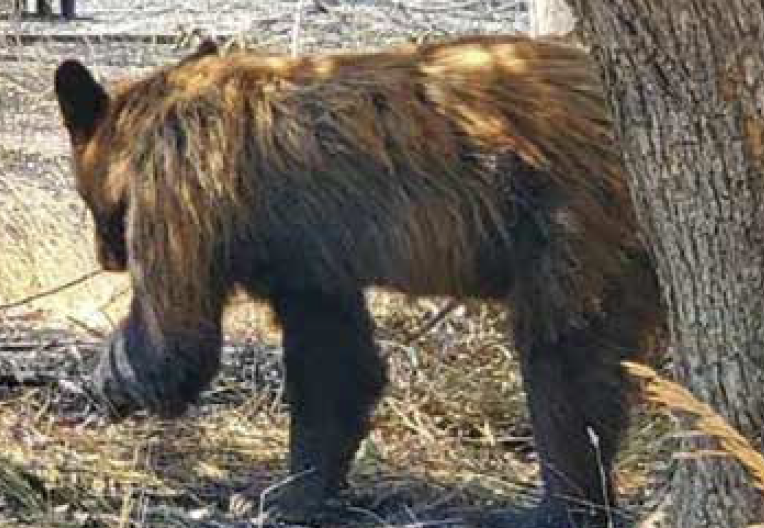 The three largest wildfires in Colorado history scorched more than 540,000 acres in 2020, all ripping through alpine areas home to a variety of wildlife. But what impact did they have on big game and other animals?

“Fires have an impact, but in terms of big game hunting it tends to be access more than animal mortality,” says Colorado Parks and Wildlife spokesperson Travis Duncan, adding wild animals have been dealing with wildfires for hundreds of thousands of years. “Four hundred years ago, fires would start with nothing to stop it but winter. Sometimes there’d be fires that would burn a million acres. So, wildlife is very well-adapted to dealing with it. Individual animals will be lost, but it’s not a significant impact most of the time.”

One species caught it the crosshairs last summer at the 32,000-acre Grizzly Creek Fire in Glenwood Canyon was bighorn sheep, which moved down to the Colorado River to escape the flames.

“We fielded a lot of questions about the bighorn sheep in Glenwood Canyon,” says Duncan. “But they’re well-adapted to get out of the way and move as they need to.”

The long-term impacts to some wildlife can be more harmful than the short-term, he adds, but for others those impacts can be beneficial.

When it comes to elk, he adds that the state was actually able to track collared elk during the Cameron Peak Fire to see where they went. “We worked with the firefighting groups and Forest Service and Bureau of Land Management to bring in their mapping and overlay the fire progression maps with the elk movement data from these collars,” he says. “It was fascinating to watch. But these animals move out of the way of the fire and move right back behind it.”

The post-fire ecosystem can be especially harsh on fish species, however.

“Fires themselves don’t have an immediate effect on fish species, but fish might be the most negatively impacted species,” Duncan says. “There are some very big concerns for fisheries in areas where ash drains into rivers and streams. After the fire is out and the rain comes, all that ash washes into creeks.”

Fine ash particles in heavy quantities, he adds, can cement in water beds, killing off the invertebrates and insects in the rocks that fish rely on for food. Toxins from ash and fire retardant can also be very harmful, with debris from post-fire rains sending ash and sediments into the streams, making it difficult for fish to survive and reproduce. Ash can also become cemented at the bottom of a creek bed and kill their sources of food. “It can also be so heavy that it muddies up the creek and suffocates,” Duncan says.

Trout become stressed when water temperatures rise above 70 degrees. They may in turn be more susceptible to depredation and disease as they seek areas of refuge with cooler waters.

Birds can also be negatively impacted from wildfires.

“People think birds can just fly away,” Duncan says. “However, spring and summer is really a nesting season and those nests can be destroyed by fire.”

If the fire occurs early enough in the season, recently hatched birds can be too young to fly away, with ground nesting birds especially impacted. That includes the greater Sage-Grouse, which is found only in western Colorado and southeastern Utah, and is a threatened species protected under the Endangered Species Act.

“As a ground-nesting species, it will take time to re-establish that habitat,” Duncan says. “We’ll work to rehabilitate that habitat that best works for the Greater Sage-Grouse, but we don’t know what that will be yet.

We have to get back in there to see what the impacts have been.”

It may not be all bad news for the Sage-Grouse, however.

“The fire tends to move very fast, which leaves places that are untouched. Those untouched islands can be very valuable for wildlife,” Duncan says. “We’re also at the stage where the birds can move away.”

Wildfire can actually have positive habitat impacts for big game species like deer, elk and bears, whose vegetation food sources tend to spring back to life after a fire moves through.

“Bears rely on berries and when those berry bushes get older they aren’t as good … younger berry bushes produce higher quality and quantity,” Duncan says.

“Grasses, forbs and plants of all kinds will spring up after a fire. The canopy is gone, so the sun hits those areas and what grows there is extremely nutritious for the big game animals that work their way back in. So there’s definitely some long-term benefits for big game.”

He adds that it’s all part of the natural process and that hunters shouldn’t be overly concerned.

“This ecosystem has evolved with fire in it,” he says. “It’s a natural part of the western ecosystem—there will inevitably be losses but the benefits for many species outweigh them.”