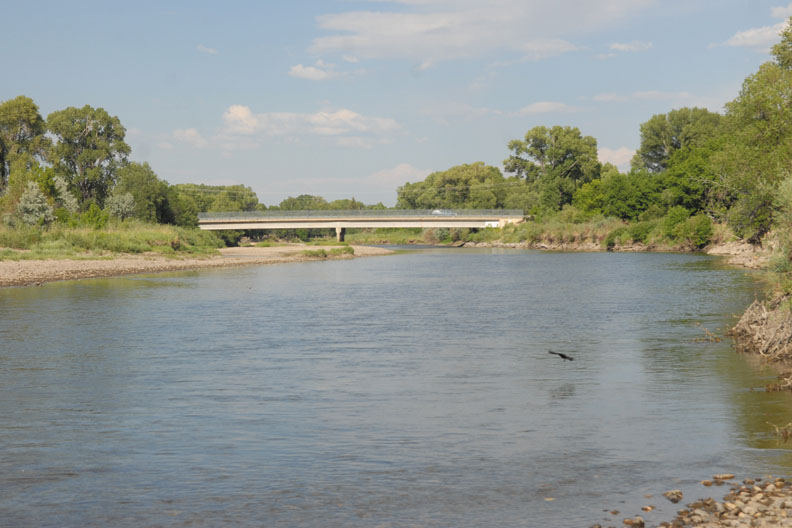 “Our average flow at this time of year is 4,100 cubic feet per second. Right now, we are flowing at 169 cfs. Looking at that level, we can’t keep (access points) open for much longer.”

Wildfires aren’t the only concern caused by this summer’s drought and high temperatures.

In Steamboat Springs and Routt County, commercial users of the Yampa River have been asked to stay out due to low water levels and rising temperatures.

The same measure could soon be implemented along the river further west in Hayden and possibly Craig.

That will likely lead to the park closing its access points to the public to respect private property rights in the area.

We close our access sites once the water level gets too low so that we don’t have boats dragging on the private property here. We’re very close to doing that.”

Up until this point in the season, fishing and other recreation had been in good shape.

Fishing in particular had enjoyed a strong late spring and early summer due to low water levels and friendly water temperatures.

“Fishing in the river has been good, there’s of lot good activity in the Hayden area,” Dellacroce said. “Water temperatures have come up as the water has dropped more, so it’s slowed up in the past 10 days or so. The Fish are not nearly as active now.

“It’s the same way in Elkhead (Reservoir). Fishing was exceptional early in the season, and it’s still good, but the people who have been down there have noticed a change.”

Dellacroce said the access points in River State Park could be closed as early as the coming weekend, if weather continues on its current course.

“Our average flow at this time of year is 4100 cubic feet per second,” he said. “Right now we are flowing at 169 cfs. Looking at that level, we can’t keep them open for much longer.”

Access points to the river in Craig are not under the same management as those in the state park, and so are not as likely to close.

But the problems with fishing are still present.

“As the water gets lower it might be easier to find the fish from here on, but it’s not great for them,” said Rob Schmitzer, Sportsman’s Information Specialist for Craig Chamber of Commerce and Moffat County Visitor Center. “Anybody fishing might just want to keep what they catch, because it might not be any better for the fish to be going back into that warm water.”

Schmitzer said he hadn’t heard any discussions about closing the river due to low water levels, but he doesn’t think Craig will get as serious a water level and temperature situation as Steamboat Springs.

“Over there they’re asking people to not even wade, those fish need to be left alone,” he said. “I suspect we won’t be as critical. (Craig) gets some water from Elkhead so there’s a better chance of things not getting so serious.”