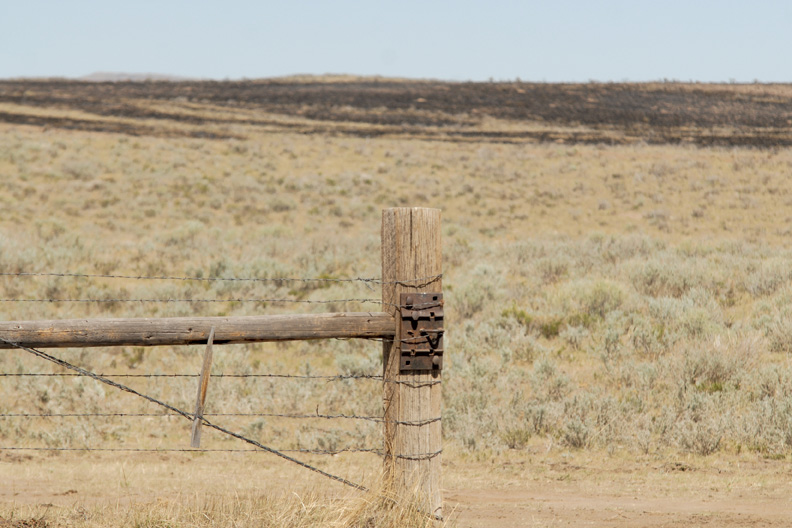 The wildfire, estimated at 2,000 acres, ignited Tuesday afternoon about 10 miles west of Craig off U.S. Highway 40.

Another fire continues to burn in north Moffat County.

Firefighters, including two engines from the Sheriff’s Office, have controlled and contained the Willow Fire, which started Tuesday near Baggs, Wyo., and crossed the state line into Slater.

Jantz expected local firefighters to return to Craig around 5 p.m. Thursdsy when the Willow Fire was expected to be moved to monitor status.

Smoke was reported south of Lay shortly after firefighters contained the Sand Fire, but Sheriff’s Office deputies coud not locate an active fire.

“We think we have a lot of smoke from other fires settling in the valley near Lay,” Jantz said. “I have no problem with residents calling us with those types of reports and I ask everyone to remain on high alert with continued hot weather and dry lightning in this weekend’s forecast”

Fire investigators believe the wildfire, which started at approximately 5:30 p.m. Tuesday off U.S. Highway 40 near mile marker 79, was ignited by a cigarette.

Jantz said DNA evidence could be collected from the cigarette investigators believe sparked the Sand Fire, but the probability of finding the suspect is unlikely.

More important than acquiring a suspect is Jantz’s hope the Sand Fire was enough to convince any remaining skeptics about the serious fire danger in the county.

“This is no joke anymore, we’re not joking,” Jantz said. “Throwing cigarette butts or hot items from vehicles, which is what appears to have happened, are things we don’t do anymore.”

The only exception to the BLM Stage 2 fire ban pertains to liquid or gas-fueled stoves, Mortenson said.

The restriction is limited to federal lands managed by the BLM in the Northwest Colorado Fire Management Unit.

However, Mortenson believes each of the cooperating agencies in the fire management unit would be adopting similar bans this week and that all open fires would likely be prohibited on public lands throughout Northwest Colorado.

Federal lands managed by BLM offices in Larimer, Summit, Eagle, Garfield and Mesa counties are anticipated to raise their respective fire restriction levels to Stage 2 to maintain consistency in the region, Mortenson said.

According to a June 14 executive order by Gov. John Hickenlooper, county sheriffs may continue to issue open fire permits in their respective jurisdictions, Jantz said.

However, should a permitted fire get out of control the state will not allocate Emergency Fire Fund money to assist with firefighting operations.

“The county is now solely responsible,” Jantz said. “The decision was made this morning that no open fire permits will be given (in Moffat County).

“I believe the public understands that we have now moved into extreme resource availability and extreme fire conditions, so no open fires, period.”

Because the Willow Fire is not officially out, BLM firefighters have not yet been able to GPS the scene of the Sand Fire, Jantz said.

Fire officials therefore continue to estimate the size of the Sand Fire at 2,000 acres.