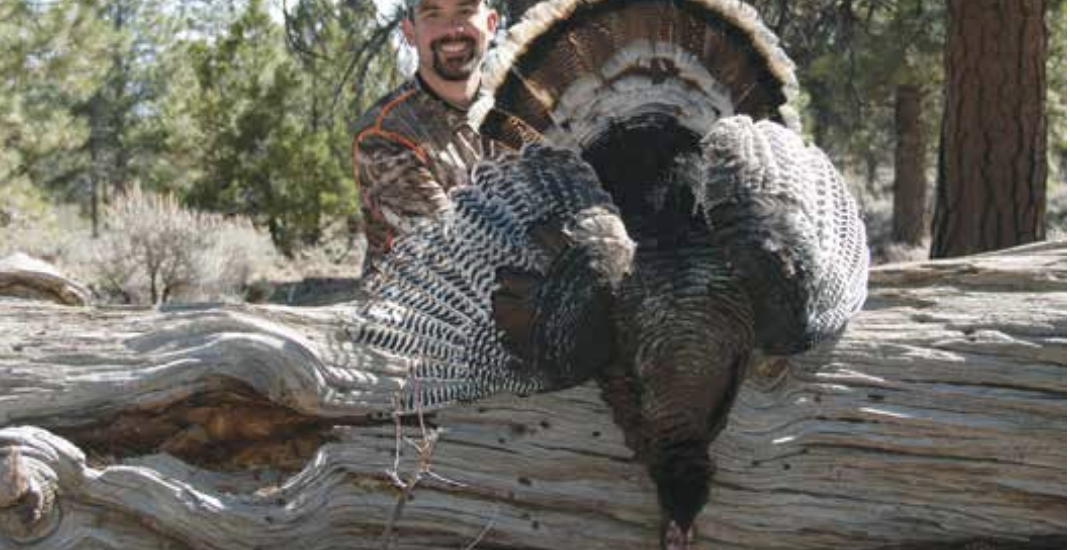 Avid turkey hunter and Colorado Parks and Wildlife District Wildlife Manager Jeff Goncalves offers a few hints on getting ready for and heading out on your next turkey hunt.

Colorado Hunter: What’s the best way to get ready to go turkey hunting?

Goncalves: Basically, you have to know where a good hunting spot is. Turkeys like to roost in ponderosa and pinyon — they eat pinyon nuts so they’re around those trees. In winter they gather in flocks and go to lower elevation; in spring they disburse and follow the snowline back up. You have to scout around. Check the hunting atlas on the CPW website. And know where you’re going; some units are over the counter, but some are limited draw. In some areas there’s a limited spring tag but no fall tags, so know where fall hunting is offered. For spring hunting, go scout. Keep an eye on wintertime birds and then find where they are; listen for gobbles or get them to gobble, then call them in. For fall hunting it’s more happenstance; you hike through the woods until you see one. In fall you can shoot a hen or a tom, but in spring it’s bearded turkeys only.

Colorado Hunter: Any tips on gear and scouting?

Goncalves: A shotgun has to be plugged; it can’t hold more than three shells. And you can’t shoot shot size larger than Number 2; the smaller the number, the larger the size. I prefer Number 5 or 6. Pattern your shot, which is like sighting your rifle. Some guns shoot high, some low. You also want a turkey choke, which restricts the pattern. Some people do archery, but that’s for more seasoned hunters. Beginners should use a shotgun. You can use rifles in fall.

Wear camo; turkeys have great eyesight. Use a facemask to prevent your face from shining, as well as camo gloves, pants and shirt. Camo turkey hunting vests can carry calls and other gear. And avoid red, white and blue. When a tom gets fired up, his head turns those colors, so you don’t want to look like one. And wear a good pair of boots; we have Merriam’s and you have to hike to find them.

Scout before you go out; look for turkey tracks and scratchings in the sand. Look for scat underneath a roost tree, in a big ponderosa, Douglas fir or cottonwood. While you should scout the whole season, you want to find where they are that morning.

In spring it’s their breeding season, which is kind of like hunting elk; you can call a tom into you. Use a locator call, then get them to gobble. You can also slam a car door, or use an owl or a coyote call. My favorite is the crow call. You can use calls to make them gobble, but then you run the risk of having him try to find you that night. If you’re not ready to hunt them that night, try a shot call.

Colorado Hunter: How about on the day of the hunt?

Goncalves: A lot of people give up too quickly. Some of the best times to hunt are around 10 a.m. to noon, or in the evening. Later in the season, birds are with their hens in the morning. If you call and he calls back but isn’t coming, he’s ‘henned up.’ Why would they leave one to look for another? But if you wait him out for a few hours, he might remember where you are and try to find you once the hen goes to the nest. Be as still as possible when they start coming in. They have great eyesight and key in on movement.