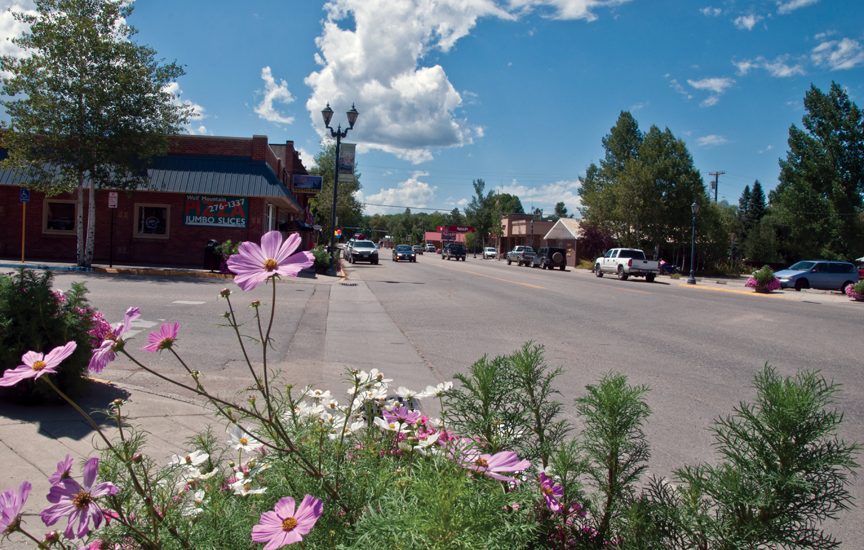 While hunters travel all across Colorado each year to bag big game, Craig offers one thing other towns don’t.

“We have big-game hunting and a large population of other wildlife,” says Rob Schmitzer, the sportsman information specialist for the Craig Chamber of Commerce. “But we also have hundreds of thousands of acres of public land that aren’t over utilized. Craig offers solitude.”

In Outdoor Life magazine’s fourth annual rankings of the top 200 towns for sportsmen, Craig ranked 77th, dropping nine spots from last year. But that’s fine with locals, who like to keep the outdoor gem to themselves.

Schmitzer says Craig has its “own character,” which may be why it slipped in the rankings.

“There are definitely more trendy options that offer big bodies of water or skiing along with hunting,” he says. “But you can walk outdoors in Moffat County and see wildlife and landscapes that you can’t find many other places.”

Mike Swaro, Craig district wildlife manager for the Colorado Division of Parks and Wildlife, says fishing in Craig, especially at the Elkhead Reservoir, is some of the best warm-water fishing around.

“People go up there to fish bass, northern pike and bluegill,” he says. “It’s different than what people find along rivers and provides a nice alternative.”

“It has some really good trout fishing,” he says. “Fishing in a river is a different experience than fishing in lakes.”

The magazine rankings are based on 40-percent socio-economic ratings and 60-percent outdoor life rankings. In a change to past rankings, this year Outdoor Life double-weighted three socio-economic factors — unemployment, household income and cost of living.

“Our goal was to provide an exhaustive list of cities and towns that, in addition to having excellent and abundant hunting and fishing opportunities nearby, also are great places to raise a family and provide high quality of life,” the magazine states on its website.

According to the magazine’s list, Craig has an unemployment rate of 6.1 percent, an average household income of $46,441, and a cost of living index of 82.3. All statistics are from 2009.

“We don’t have all the trendy shirt shops along our roads like other towns,” he says. “But we built a new hospital and are building a new college campus, so we do have things to offer people economically.”

Bend, Ore., was ranked No. 1 overall, while Granby was the highest rated town in Colorado, coming in at No. 24.

“It all depends on the sports you like to do,” Schmitzer says. “Craig is the opposite of a lot of the cities because you can escape from other people and lose yourself in the outdoors.”

Schmitzer has lived in Fort Collins and hiked numerous places in Colorado but that he is always drawn to Craig.

“The Yampa Valley is the greenest place in all of Colorado this time of the year,” he says. “In Craig, you can re-create yourselves and break away from your busy lifestyle.”

No matter the ranking from the magazine, Schmitzer says he wouldn’t want to be anywhere else. “I can see, based on their criteria, how Craig is rated a little lower,” he says. “But Craig is special. We have nearby national forests, mountains and the whole outdoor experience. I definitely think we should be higher.”

Rifle: A frontrunner in our backyard

Head south from Craig on Colorado Highway 13 about 90 miles and you will end up in a town ranked in the top 50 on Outdoor Life’s list — Rifle, coming in at number 46.

“Our top five is definitely hunting, but also fishing, mountain biking, hiking and rock climbing,” she says. “We have a hidden secret in Rifle Mountain Park, where if you don’t mountain climb, you can enjoy the canyons and go fishing or hiking.”

When it comes to hunting, however, Maddalone says elk and deer are No. 1 in the area.

“We have turkey and pheasants and mountain lions, but our deer and elk population is the biggest,” she says. “You can’t think of hunting without thinking of rifles, and that’s the name of our town.”

Meeker may not have made the magazine list, Swaro says, but based along the White River, it, too, has numerous opportunities for hunting and fishing.

“Big game is the bread and butter in this part of the state,” he says. “Our elk and deer herds are some of the largest in the world, and it draws in a lot of hunters.

Three years ago, we also brought some moose in, which have grown in population.”

Swaro adds that hot fishing spots range from Trapper’s Lake and Anderson Lake to Vaughn Lake and Lake of the Woods. “There’s fishing along the White River, but also a lot of higher mountain streams and lakes to visit,” he says.

While Rangely might not have Craig’s big game, it does share one particular allure — a more spacious hunt.

Chamber of Commerce director Nita Rohn says hunters in Rangely must enter a draw unit to be selected for mule deer tags.

“We have deer, elk and bear here,” Rohn says. “Having people apply in the beginning of April provides more selectivity in hunting here.”

“Part of the draw to this area is how beautiful it is,” she says. “From the wildlife to the bulls and bucks, we have a lot to offer in a small area.”