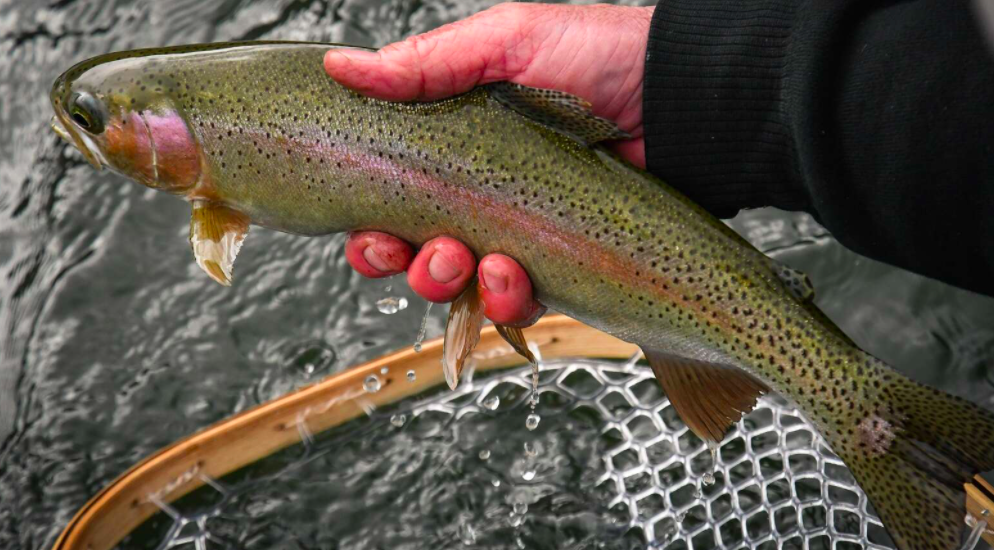 Dustin Harcourt, wearing a trucker cap and sunglasses, his scraggly hair flowing over his ears into the black hood of his sweatshirt, sat on a 16-foot fiberglass dory, glossy wooden oars at each of his sides. He braved the partly cloudy, slightly breezy Saturday afternoon, with a distinctly cool nip in the air if the sun’s rays were blocked.

The well-known fly-fishing fanatic, named “Guide of the Rockies” by Elevation Outdoors Magazine in 2019, had just splashed over some playful rapids at Kayak Park in Glenwood Springs and was drifting listlessly along the tortoise green current of the Colorado River, toward South Canyon.

He considers himself “blessed to have these types of office windows.”

“It’s one of the best spots in this whole section,” The 49-year-old said. “From here to South Canyon is the best in the whole Valley, in my mind.”

This is why, in Garfield County and the entire state of Colorado, fly fishing remains ever popular. Data from the U.S. Fish and Wildlife Service show, in 2020 alone, out-of-state and residential combined for about 1.3 million total licenses sold in Colorado.

“All the rod manufacturers sold out last year,” Harcourt said. “There were 100,000 more license sales than any other time.”

“We thought there’s going to be a big negative impact, and it was exactly the opposite,” he said. “People went out in droves, so license sales were off the chart statewide.”

“We’re an attraction for people that want to come and fish,” he added. “There’s something about that high-country fly fishing that draws all kinds of people from around the world.”

Read the rest of this article at PostIndependent.com.