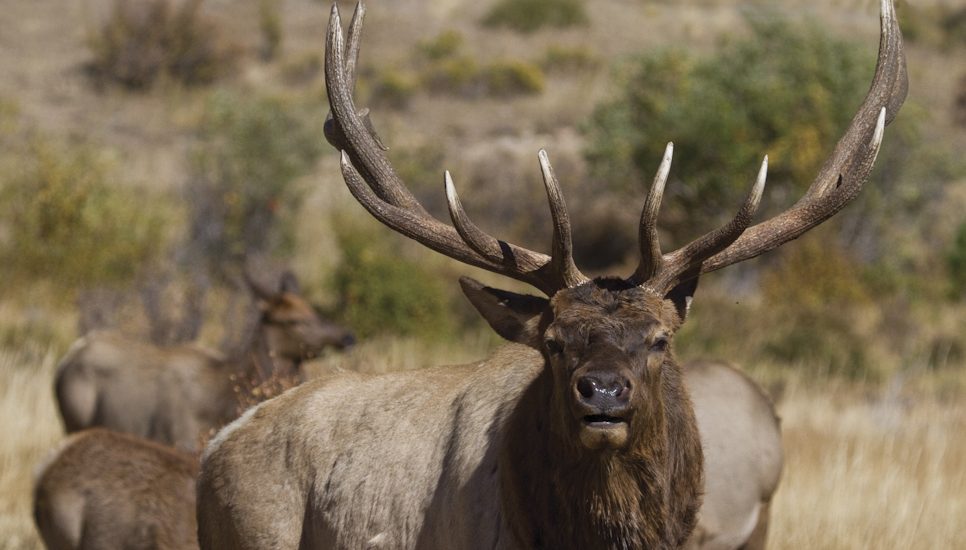 A favorite hunting-camp conversation is how to get a big-game license through the state’s computer system.

While not many hunters understand the convoluted system of checks and balances, most questions about how hunting licenses are allocated can be answered quite simply.

“It all depends on preference points,” says Henrietta Turner, manager of the license administration section for Colorado Parks and Wildlife. It’s a misconception, she adds, to think there’s pre-set order by which licenses are drawn.

For as long as licenses have been distributed through a computer-generated distribution system, there have been complaints that somehow human elements affect the way licenses are shared. But in reality, Turner says, there’s little chance of outside influence.

The process starts with each license application number being inverted and then converted to another six-digit number by computer to insure the draw is random.

Once you accrue sufficient preference points to qualify for the draw in a given unit, that final application number determines your place in the draw, with lower numbers drawn before higher numbers.

But even if you have the right number of preference points needed to draw a license, once the quota for a hunting unit is reached, you may not get a license.

The deer and elk drawing ratio is under a “soft-cap,” meaning both residents and nonresidents are guaranteed up to, but not necessarily all, 65 or 35 percent of the draw licenses, depending on the unit. But how much of that soft-cap quota is reached depends on how many preference points the other side holds.

State terrestrial manager John Broderick says his staff spent 100 hours this past spring looking at the effects of a hard-cap (guaranteed license allocations) on nonresident licenses. He says the final line showed a $600,000 loss of elk income and an increase of $230,000 in deer income if nonresidents were given a hard-cap preference in the draw. “That’s an overall loss of $370,00 in income,” Broderick says.

Some of that lost elk revenue was due to the sale (or actually nonsale) of leftover licenses, those licenses unclaimed during the computer draw.

Under the current soft-cap system, any licenses not claimed during the regular draw, whether resident or nonresident, high point requirement or not, go into a pool from which anyone can purchase that tag.

This results in licenses not allocated to nonresidents instead may get purchased by a resident paying about one-twelfth of the nonresident fee. Also, some licenses never get allocated or bought through the leftover system and are “burned,” with no revenue to the state.

Resident hunters already have a one-day advantage over nonresidents when it comes to buying leftover licenses.

The exercise also found that more than 77 percent of all nonresident elk hunters (and 79 percent of nonresident deer hunters) used only their first-choice on their applications, opting for a preference point instead of selecting the second through fourth choices.

This means a majority of nonresident hunters are willing to gamble on getting their first choice and if it doesn’t happen, they’ll pay $3 to accumulate another preference point, not participate in the leftover license sales, and sit home for a year.

“But resident hunters want to hunt every year, so they’ll take that second, third and fourth choice,” Broderick says, and not accumulate preference points at the rate nonresidents.

If the nonresidents were under a hard cap, which guarantees a certain number of licenses going to nonresidents, it could result in nonresidents receiving licenses with fewer preference points than residents.

Under the soft-cap system, once the pool of applicants for a first-choice license is exhausted, any remaining licenses move to the other side of the draw.

However, a hard-cap would eliminate the movement, meaning even if a number of nonresident licenses were remaining after the first-choice draw, those licenses would not be available for residents to purchase as leftover licenses.