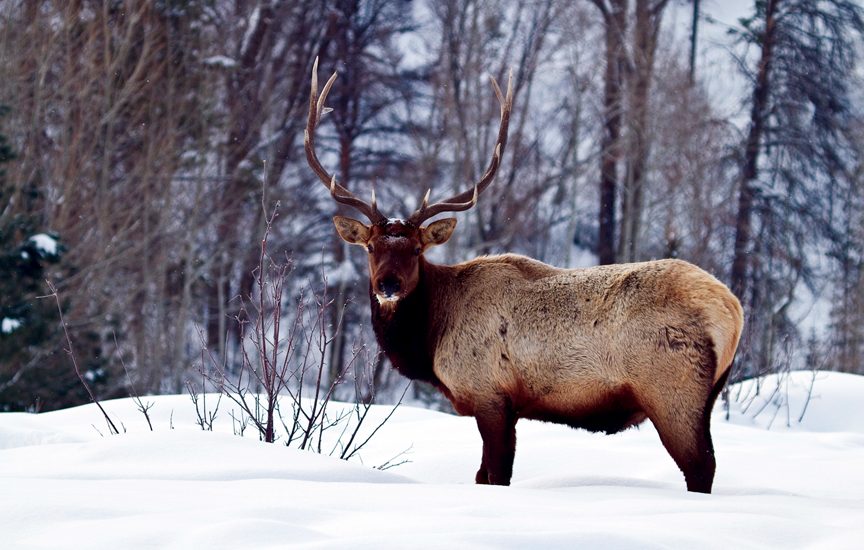 As everyone gears up for this year’s hunting season, most preparation involves deciding where to hunt, which season and how to approach it. But there’s another consideration to take into account. A few environmental factors have changed in the past few years that have affected big-game movement patterns.

Until about six years ago, many elk hunters could count on elk migrating to lower elevations into their winter range during rifle season. This allowed for seeing herds moving across the landscape, providing the possibility for a harvest.

Warm and dry fall weather the last several years, however, has delayed this migration, causing many hunters to rethink their strategies. Many now are hunting at higher elevations within more forested environments.

Much of the forested environment also has changed in the past few years, however, with the lodgepole pine forest falling prey to the pine beetle epidemic. These dead forests have reduced the thermal and hiding cover for big game, causing them to keep closer to spruce and fir stands for cover. It’s also kept them at higher elevations during warm periods.

Autumn’s relatively warmer weather pattern also has affected strategies for archery and muzzleloader hunters. Heat is one of the biggest threats to the meat of a recently killed animal. If the carcass is not skinned and cooled quickly, the meat can spoil. Location, weather and time of the day all factor into the decision-making process of whether or not to take a shot.

This past year resulted in a record snowpack and a late snowmelt. Although the winter mortality of big game was relatively light despite the hard winter, their movement into the summer ranges is later than normal. How this factors into their movements out of the summer range, where they have ample food and water, remains to be seen.

Archery and muzzleloading hunters may do well by planning to hunt this fall in higher elevations, where the game still is headed. The first rifle season always begins to push elk and deer lower, away from the hunting pressure, but the game will return to their summer ranges if the weather stays warm and dry once the hunting pressure diminishes. But high elevation snows in the fall would encourage herds to head for their winter ranges.

So despite the abundance of big game in Northwest Colorado, a big factor for a successful hunt remains the most unpredictable: the weather.