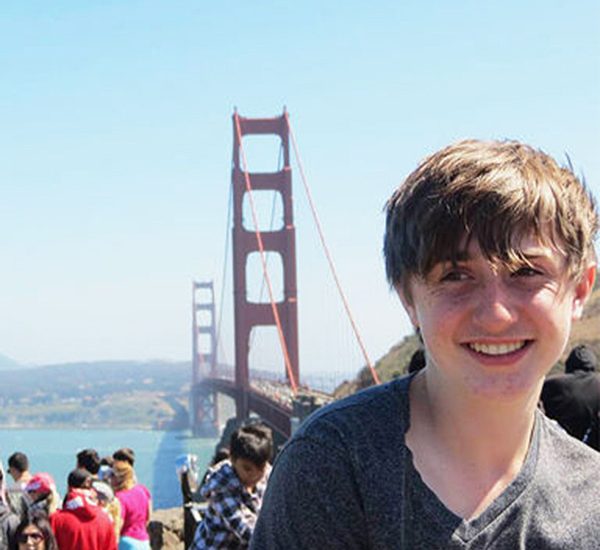 The raw emotions still hit Cory Burns hard when he talks about his son Justin.

He doesn’t like to talk about the tragic day of Sept. 13, 2015, when his son was killed in a senseless act of irresponsible hunting.

But Cory wants to keep his son’s memory alive and he wants to make sure other youngsters get the opportunity to enjoy the sport that he grew up with, and his son enjoyed.

The Burns family along with the Colorado Parks and Wildlife created the Justin Burns Memorial Hunts, and back in May, the first two recipients were recognized at a ceremony at a CPW Commissioners meeting in Grand Junction.

Brett Wagner, 18, and Keith McCloud, 12, both of Grand Junction, were the first two recipients to participate in the Justin Burns Memorial Hunts.

District Wildlife Manager Michael Blanck of Collbran said the two were selected because they each have many of the same qualities as Justin Burns.

“Justin’s family wants to keep their son’s name and memory alive by honoring young hunters with good character and ethics, like Keith and Brett,” Blanck said. “Justin was known as a good kid, a good student and an ethical hunter, and naming a special hunt after him is the right thing to do.”

Wagner hunted during fall of 2016, and McCloud, participating in his first-ever big-game hunt, went on a hunt last December. Each young hunter received mentorship from the landowners donating their private land, and each harvested a cow elk.

“I had such an amazing hunt with some truly amazing people,” Wagner said. “I want to thank everybody who helped me during this hunt and for giving me such an amazing opportunity. Thank you so much and God bless.”

McCloud agreed: “I think it was a great opportunity. The hunt was fun and a great experience. I feel very honored to have been chosen to receive the hunt and it was amazing to meet the Burns family. I admire their strength and courage. I’d like to thank the Burns family, Colorado Parks and Wildlife and everyone else who made this hunt possible. It was an experience that I will remember for the rest of my life.”

Cory Burns was happy the two got to have a special hunting experience.

“It’s was so great to get to meet them after they got to go on the hunts, and they both took an elk, so that was really great,” Cory Burns said.

Blanck said the hunts were a success.

“It’s really a very good cause to honor the memory of a fantastic kid like Justin, and provide an experience of a lifetime to young people of good character,” he said.

Justin was killed while bow hunting with his father on Grand Mesa.

A muzzleloader hunter shot into brush without seeing his target and struck Justin.

The 60-year-old Minnesota man pleaded guilty to one felony count of manslaughter and a misdemeanor count of hunting in a careless manner, and was sentenced to five years in prison.

Seven months after the tragic accident, students at Palisade High School where Justin was a freshman, planted a cherry tree and and placed a stone plaque at the school to recognize and remember Justin and other Palisade students who are “gone too soon.”

Cory Burns, who grew up hunting and learning the sport from his father and grandfather, said he hasn’t hunted since the accident but plans to in the near future.

“I took a little break but I’m planning to go again,” he said, adding that his youngest son, 11-year-old Teagan wants to take up hunting too.
The plan is to continue with the Justin Burns Memorial Hunts in the future.

“We are developing new rules and criteria as we move forward,” Blanck said. “Cory and I want to give deserving young hunters who meet the ideals established by Justin and his family an opportunity to participate in a special hunt like this.”